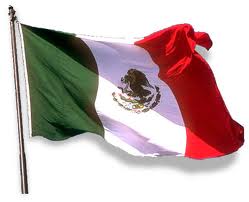 Today marks the 75th anniversary of the nationalization of Mexico’s oil industry, exactly one week after President Enrique Peña Nieto celebrated his first 100 days in power.

Mexican Presidents are elected for a single six year term, taking office in December. In modern times, regime change has been associated with economic and political upheaval.

Recent research by the OECD is unequivocal, if hardly surprising: reducing the fiscal deficit by raising taxes makes society more equal, but doing so by reducing welfare spending makes society more unequal. This holds for all 29 OECD countries studied, although the magnitude varies by country, depending on how large and progressive are their respective tax and welfare systems. END_OF_DOCUMENT_TOKEN_TO_BE_REPLACED

The debate on debt may go down as the defining debate of this decade. Everyone is painfully aware that after a borrowing-fuelled consumption and property bubble, Ireland is now reeling from the hangover.

This debt overhang is undoubtedly undermining investment, job-creation and economic growth. Everyone is spending less, borrowing less, investing less and busy paying down loans to ‘repair their balance sheets’. Even though Ireland’s savings rate has increased markedly in recent years to about 11%, investment as a proportion of GDP is only 10%, near record lows and about half of where it needs to be at to retain and improve the country’s production capacity. END_OF_DOCUMENT_TOKEN_TO_BE_REPLACED